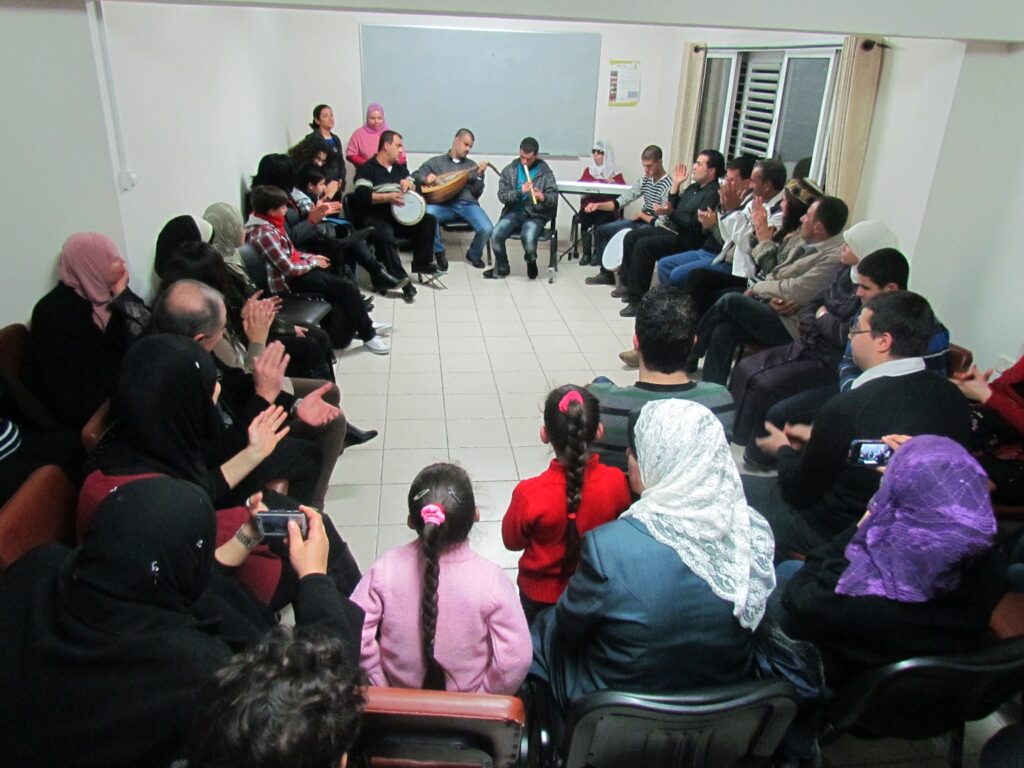 Our musical band project focuses on developing the skills of people with disabilities in Arab society with regards to the field of music. As part of our project, musical performances are held  by people with disabilities who have received training tailored by AlManarah instructors. Our participants play a wide variety of instruments, including: more, violin, keyboards, flute and darbuka. In addition, some of them will also serve as singers or choir members.

The objectives of our project are as follows:

Since its inception, AlManarah has hosted people with disabilities who have different musical skills from singing and playing to writing music. Hence, AlManarah attaches great importance to pooling these skills and cultivating them so that a unique musical band that will be able to perform for many. The teams are accompanied by a professional and skilled team. AlManarah locates groups of people with disabilities with musical skills who undergo appropriate training. These groups serve as the nucleus of the musical AlManarah band that appears for the general public.

All the Rights Reserved for AlManarah Association © 2020